Effective antiretroviral therapy has led to improved survival for people with HIV, with the life expectancy of treated patients in the United States and Canada now approaching that of the general population. With this normalization of life expectancy has come an increase in occurrences of age-related comorbidities, including cardiovascular disease, cancer, liver disease, and renal disease, among people with HIV. The North American AIDS Cohort Collaboration on Research and Design (NA-ACCORD) receives federal funding, as part of the American Recovery and Reinvestment Act of 2009, to validate occurrences of myocardial infarctions, cancers, end-stage renal disease, and end-stage liver disease among adults with HIV in NA-ACCORD contributing cohorts from 2000 to 2010. Since 2010, the NA-ACCORD has continued to validate myocardial infarctions, cancers, and end-stage liver disease among participants.

To learn more about the validation process, please see the following publications:

Number of participating cohorts and calendar years of validation, by condition. 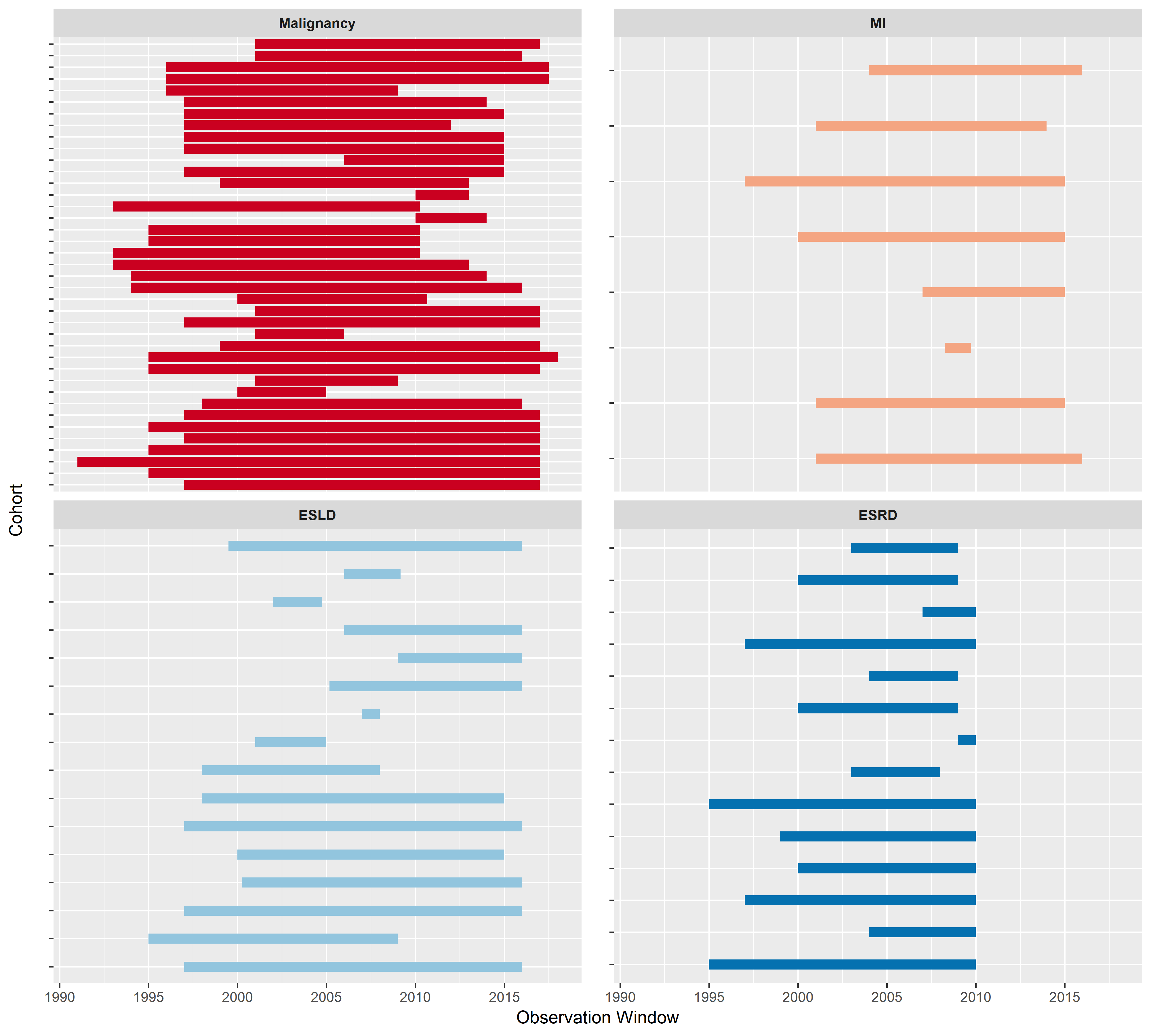